Paparello is likely involved in the production of worthwhile cards, which are called "Chorone" (Crowns). This is a very rare expression for playing cards, and the name appeared to the surface in the last year 2012 in the researches of Franco Pratesi. So there is a riddle, what these "crowns" might have been and if there is any relation to our most researched object, the Trionfi cards.
Compare also the article to Manetto d'Agnolo merciai.


Detail of the List of Sales of the Silk dealers

Paparello decks are sold together with Trionfi decks at 1454-03-18 (the Trionfi card painter stays anonymous). MAB at the same day stands for Matteo Bellerini and PAP for Paparello. 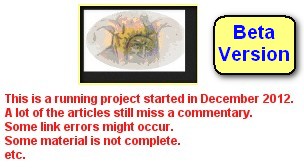